ERBIL, Iraqi Kurdistan — “A local minimarket like mine should have worked! If things are going this badly here, then how bad is it elsewhere?” said Badr Mahmoud, who just reopened his shop in Kurdistan's capital city of Erbil. It's smaller this time because of the lack of income, with fewer products and less stock than before. “I must figure out how to survive because the neighborhood and even the kids in the street need me.” 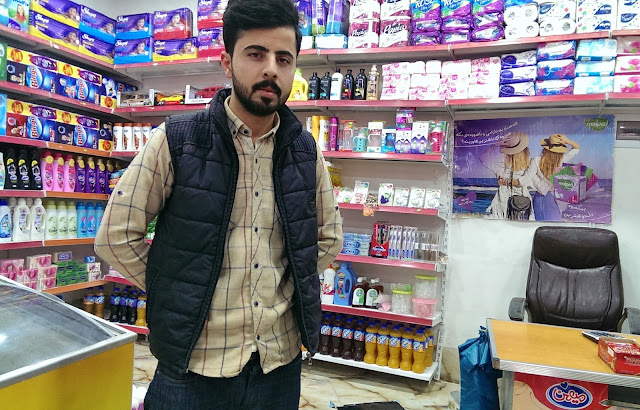 Mahmoud’s shop is one of over 300 that have closed over the past four months in Erbil — a third of the total. The closures reflect the decline that started with the costly battle against the Islamic State (IS) and accelerated with the fallout over the Kurdish referendum for independence in September.
“A month before the referendum, people started to spend less, as they did not know what was going to happen. The situation got even worse after it. Friends who rent shops closed before me. At least I don’t have to pay rent, as the place is mine.”

Before the flight ban imposed by Baghdad following the September referendum, Kurdistan was a popular destination for businessmen, aid workers and professionals who could fly in from Vienna, Frankfurt, London, Beirut, Istanbul, Tehran and Dubai. Now many stay away, either for lack of an Iraqi visa needed to travel through Baghdad or because they do not fancy the longer route overland through Turkey. Either way, the cost of traveling to Kurdistan has more than doubled.