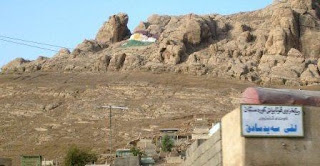 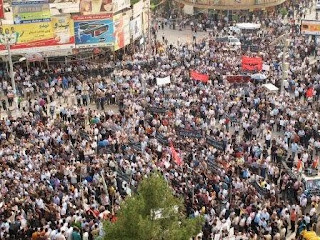 The tight sexual moral in Kurdistan is damaging for the society. A hidden society is prospering next to the open one, and is undermining the very heart of the society that marriage is said to be. This is part 2 of an article I wrote for the Kurdish magazine Wata.

As important as the (double) morals, is the way boys and girls are brought up to consider each other. ‘Boys only want sex’, girls are told by their mothers, ‘so make sure they marry you before anything happens, otherwise they will drop you and you will be spoiled.’ It has become a self fulfilling prophesy. If the only way to meet is in secret, this can easily lead to sex because most young are sexually frustrated.

Therefore young couples should be allowed to meet without a listening and watching chaperone. They should be able to openly spend time together, to get to know each other. They need time to see if their characters and interests match, if they will get on well enough to share life, if they will be able to weather problems together. And they should be allowed to make mistakes, to break up again and meet someone else without the society gossiping and talking badly about them. 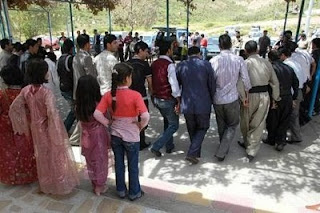 A big problem is that because the sexes are living such separated lives, when the time comes for marriage they are badly equipped to understand each other. Mothers have taught their daughters to stay away from men, not to be nice to them, and most certainly not to laugh to them. In some regions of Kurdistan this advice has bad results after marriage. I know of a married man, who has hardly seen his wife smile. ‘I can hear her laugh when I am outside the house, but as soon as I am in, she puts on her angry face’, he says.

Girls have no idea what to expect after marriage. One of them requested from the guy her family suggested as her future husband, that he did not drink or smoke, prayed five times a day – and at the same time would not mind her wearing tight clothes. Men have never learned to confide in women. So after marriage, they still go out with their male friends, sipping tea in the chaikhana, drinking beer or whisky in the mountains or the men sections of restaurants, and talking about their problems, gossiping about the world around them. Women stay home and meet women friends or look after the children. Even restaurants separate them from the men in the special family sections. What do couples share, apart from the bed, the children and some of the meals?

Men are told to only marry girls who do not show any interest in having sex before marriage – because if they have, the question arises how many others they had before them. This results often in a bad love life. Men do not want to ask their wives for those sexual activities they find exiting, because they are made to believe she is too holy for it. It is another reason for escapades outside marriage: girlfriends can indulge in their fantasies because they have no holy image to lose. And yet because of that, men hesitate to marry the girls that make them sexually happy: that can never be a good mother for their children…

Most people think the tight morals derive from the Koran, but in reality it is mainly the culture that is responsible. If people would stop gossiping, and would leave other live their lives as they want, a lot would be easier. When people gossip that your daughter has been seen with a boy, you have to take action to protect her image, and if that is already damaged, you have to protect the name of the family. This has little to do with Islam, and much more with a society that has made gossiping into a real art. 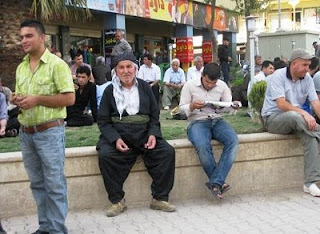 ‘I bet you there are more divorce cases in your country than here’, someone said the other day. He thought that because in the West couples live together before marriage, the chance of them breaking up is bigger. Well, most couples I know first gave it a try by living together, some for a year, some for years. Buying a house or getting children then is the reason to get married. I have seen many of these marriages last, because couples know what they do when they tie the knot. Of course, some of the people who live together break up. But this often happens before they have children, so the damage is smaller than if they had married and started a family immediately.

Somehow nobody talks about the result for children of living with parents who fight, or in the best case scenario hardly talk together anymore. Children should learn about love in their youth, by looking at the way their parents function together. If they do not, it will be much harder to keep a happy relationship going later in life. Happy couples bring stability into the lives of their children, which is the base for becoming a stable person.

The result of the tight morals in Kurdistan is not what it should be: happy, responsible families. The result is frustration, relations outside marriage, bad marriages and children that are brought up while their parents quarrel and fight. The frustration even shows on the streets. There are not very many places where girls get stared at so much as the streets in Kurdistan. A few years ago a Kurdish friend of mine who wore slightly tight jeans, heard dirty comments behind her back the whole time. The comments have lessened, but the looks have not. If men could have sex with their eyes, in Kurdistan they would. But as it it is, this is where the hidden society starts.

Kurdistan is open to economic growth, to change, to a better life. In such a society, hidden corners have no place. But those will only disappear when the mentality of the people changes, when modernity is allowed in, and when good education is available for all.

This is the final part of an article that was published in the Kurdish magazine Wata
Posted by Judit Neurink at 1/15/2011 1 comment:

The tight sexual moral in Kurdistan is damaging for the society. A hidden society is prospering next to the open one, and is undermining the very heart of the society that marriage is said to be. This is part 1 of an article I wrote for the Kurdish magazine Wata.

,,I threw her out’’, the cleaning woman proudly declares. She refers to her daughter, who refused to marry the man she had chosen for her. A guy from a rich family in Kirkuk whom she wanted her daughter to wed, so she would not have to earn her money by cleaning other people’s houses any more. But the daughter flatly refused. She did not like her mother’s choice, and on top of that she wanted to make her own. To her mother’s wrath, who feels her daughter owes it to her to marry someone rich enough to give her the easy life she feels she deserves.

The woman thinks this is her right after bringing up the child, and also like many parents in Kurdistan, she feels her daughter just has to consent to a marriage that she chooses for her. Parents know what is best for their children, especially in marriage, is the main idea in Iraqi Kurdistan. That marriage is not only to produce children, but also to provide men and women with a partner that they can love enough to share everything in life, that is considered Western nonsense. 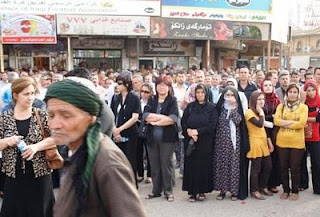 ,, Children are the heaven on earth for a father’’, as an 85 year old great grandfather said, to defend the idea that all young men should get married. He had just praised a cousin of his grandson as beautiful and thus a good partner for him. His message is one of many people in Kurdistan: men and women should get married because they should get children.

This notion derives from the way the Kurdish (and Iraqi) society is organized. Young people hardly get the chance to meet and date. Men and women live separated from each other by strict Kurdish morals. Boys and girls almost only meet the other sex inside the family. Elsewhere, they can just look at each other, and after a certain age signal their interest. By showing the other an empty ring finger, for instance.

Even in university, where they can meet openly, real contact between the sexes is not possible. A boy and a girl that are not engaged or married should not be alone. If they do people will start to gossip about what might have happened – perhaps she is not a virgin anymore! So how can young people get to know each other well enough to decide they want to spend the rest of their lives together? Only in secret – and thus in secret all those things happen that were supposed to be prevented by the separation of the sexes. Morals are not what they seem, or are only meant for some, it seems. In Kurdistan a hidden society is prospering next to the one that everyone is allowed to see.

Kurdish men may boast to their friends about their girl friends, and they may even have more than one at the same time. But a woman cannot even whisper about it, because if anyone finds out, the gossip will kill all her chances to get married (and in some parts of the society may even cost her her life because of her lost honor), or ruin her marriage if she is already married. And this way well be the case, as men prefer married women for their affairs, as those will not force them to get into the wedding boat as single girls might try. 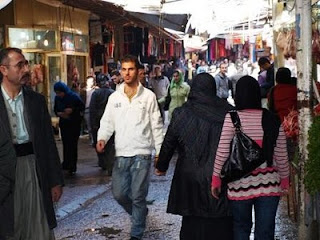 The simplest form of secret contact between young people is ‘sms sex’: messages between two phones that excite both users. Some young men and women make it into an art: they receive phone numbers and try their luck. Sometimes they are answered, and the game is on. Sometimes phone numbers are smuggled by friends to an interested party. The problem is that when for one of the sms-partners a marriage is arranged, old sms-lovers do not want to cease their activities. To prevent problems, many newlyweds start their marriage with a new phone number. The telephone providers are doing good business because of it.

When a relationship is bad, the sms-sex is a simple and seemingly harmless way for married men and women to find some excitement. But when discovered, women are the ones who suffer. Their husbands consider the sms-contact as cheating, as if their property has been violated. Although there was no real sexual contact, it may lead to the man divorcing the woman and taking the children.

These sms-contacts often lead to more. To a meeting in one of the few cafés that allow this, a drive in the car to Azmar or another secluded place, a visit to the house of a friend who is out. The problem with these relations is that they tend to exist only for the sex. A real relationship hardly gets built this way because everything has to happen in secret.

This is part 1 of an article that was translated into Kurdish and published in nr 5 of the magazine Wata, which is published in Erbil.
Find part 2 here: http://www.iraqundermyskin.com/2011/01/sexuel-moral-in-kurdistan-2.html