Bankrupt Kurdistan is no longer 'the other Iraq'

The Kurdistan region of Iraq has hit rock bottom. What was once a promising 'other Iraq' is now a politically and financially bankrupt disappointment, writes Judit Neurink. 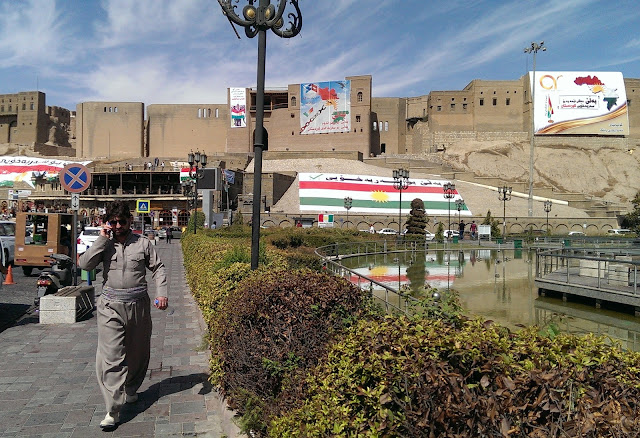 "Welcome to 'the other Iraq'," tourists would be told when holidaying in the Kurdistan region of Iraq. The three Iraqi provinces the Kurds have governed since 1992 were not only lush, green and mountain cool, but also more liberal, democratic and safer than the rest of Iraq.
It was the promise of democratic development that brought me to Kurdistan's cultural capital, Sulaymaniyah in 2008. After years of regularly visiting Iraq to train journalists, I had come to set up a media centre focused on developing the role of media, politicians and police in their new democracy.
Here, intellectual freedom - struggling in the region as a whole - finally seemed a given. Independent media started up, we organised debates, people dared to speak out. It was a completely different situation from the rest of Iraq and would only get better with time.
Twelve years later, that promise seems to have vanished behind the mountains. Soon after I settled in Kurdistan, one of my students was murdered for exposing ties between politicians and prostitution. More colleagues have been killed since. Tribal loyalties and overeager party members were usually blamed, in order to hide the darker and still less palatable truth.

A press law was now in place, but most courts still tried journalists using older laws that allowed them to impose punishments for reporting on taboo subjects like fraud, self-enrichment and abuses of powers.
I have seen TV studios set on fire and journalists beaten, harassed and arrested. Independent papers have now disappeared from the streets, and are now fighting for survival online. The freedoms the Kurds had worked so hard to prioritise, have been taken away by politicians who always put their own survival first.
read more
Posted by Judit Neurink at 6/12/2020 No comments: