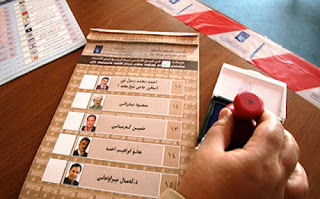 I have a new name, since I live in Kurdistan. Civil servants decided that the name in my passport cannot be right. They added my father’s surname, between my surname and my family name. Now I am Judit Anthony Neurink.

It would make my father smile, if he had been alive to know. But I myself do not really smile. My name is my brand, that’s who I am. Adding something to it changes it all.

And it is not as if the Kurdish system of naming is so perfect. It has led to major problems, for instance in the voters list for the upcoming elections. There are people who have exactly the same name. Logically, if you add the father’s and the grandfather’s names to the surname.

Then you might have I don’t know how many Mohammed Abdullah Mohammeds, or Ahmed Mohammed Ahmeds, or Saman Salar Samans, or Hiwa Mahmoud Hiwa’s. Because in the Kurdish and Iraqi tradition very often surnames return in the family.

How to solve the problem? Well, give every citizen his/her own unique identity number next to the name. That way, you always know with which Saman Salar you are dealing.

People with the same name are common all over the world. I know someone with my own name living in Holland, as I found out when we wanted the same email address. But for the authorities that does not matter, as we are both also known by our individual personal number.

In Kurdistan the problem is of course more complicated than this. The fact that deceased people are still on the voters’ lists, shows us it is connected to registration, and to sharing information between different departments.

And that is caused by a lack of computerisation of the government. Of course, until quite recently everything was written by hand as hardly any computers existed. In these modern times, the government needs a good registration of its civilians, so it needs computers. To make up for the time lost, extra work and people have to be put in and a proper registration designed and conducted. 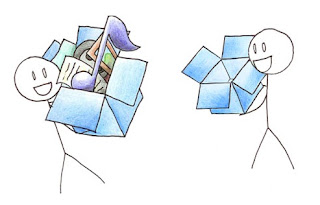 And then, the different authorities will have to start sharing information and files digitally. That is an issue to discuss, as in my country we still have people who are against it, for reasons of privacy and opportunities for digital thieves and hackers.

But somehow privacy is not really an issue in Kurdistan, and the newest software should make the systems more watertight than before.

Kurdistan must go digital. Not only to solve the many problems in the voter registration. Also to bring the whole system into the 21ste century. Because that’s where we, civilians, have already landed.

This blog was first published in Kurdish in the daily Kurdistani Nwe
Posted by Judit Neurink at 8/31/2013 1 comment:

“Haram!” the eye doctor in the Beiruty hospital says to me, when she warns me not to visit her colleagues in Iraq. “We get Iraqi’s here and see what goes wrong. We have to solve their mistakes!”

I am lucky that I got the problems with one of my eyes whilst in Lebanon, she says, and I agree. I have seen some of the hospitals in Iraq and in Kurdistan from the inside. Many of them are dirty, overcrowded and old. Here in Lebanon all is new and modern and clean. Patients are treated one by one, doctors are nice and well educated, they have new equipment and know how to use it.

My eye doctor does not have to warn me: if I can avoid Iraqi hospitals, I will. A trip to Holland is easily made. But I am lucky, like the rich in this country are. All others don’t have the choice and have to submit themselves to the dangers and limitations of the Iraqi and Kurdish healthcare.

And not only humans. One of my cats got ill. I was amazed the vet did not even listen to her heart, take her temperature or in any other way examined her before he decided on a treatment. The table for examination was dirty, the little examining room full of old furniture, there was no medical equipment.

It’s only because I know a little about healthcare I could argue with him and get a treatment that might work, but how do people manage that are more ignorant? And this is only a vet!

Doctors in Iraq were the lucky ones with the highest points in high school who were allowed to study medicine. But that was not a choice, and some of them do not have the mentality needed to be a good doctor. Many do not realize they have to keep up with the developments in their field and keep using outdated treating methods. New developments, like a treatment for HIV and better cancer treatment, do not even enter Iraq.

Some people suggest that because of this default in the system, the Kurdish authorities have opened the doors wide for private clinics. Foreign doctors have to fill the gap that exists because their Iraqi colleagues do not want to change.

But does Kurdistan not deserve better? Has the disaster with diabetic patients losing eye sight after the wrong treatment – whose ever fault it was - not shown us that it’s not enough to put a new system next to the old one? That it is dangerous even to leave the old system operating the way it does? If even the doctors in Beirut know how badly their Iraqi colleagues are functioning, isn’t it high time for action?

This blog was published in Kurdish in Kurdistani Nwe newspaper


The best way to find out if you can trust somebody is to trust them, said the British writer Ernest Hemingway.

When I read the line on Facebook, it reminded me of one of the most striking differences between Kurdistan and the West. 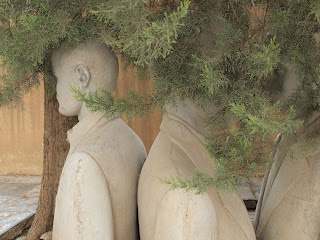 When a Westerner meets someone, he gives him the benefit of the doubt. He starts by putting his trust in him (or her). Sometimes, people break the trust and show they do not deserve it. Then the Westerner breaks the bond, or just makes sure he does not give this person any information or position that he or she may misuse.

That is the opposite from what happens in Kurdistan and the Middle East. Here, you have to earn the trust. Nobody trusts the other to start with. But once you earn the trust, you will be considered a part of the family.

When you break this trust, beware. Where the Westerner will shrug and accept, and strike the person off his list, the Kurd will take any breach of trust as a personal attack. In the best case, he will seek revenge, by warning others against the former friend, or he even try to ruin his or her reputation. In the worst case, it could lead to the use of violence.

This difference has big consequences for the way Kurds and Westerners communicate. When Westerners do business, they start by trusting until they are let down. But doing business in Kurdistan takes time, because the Kurdish business partner first wants to see if he can trust the Westerner. Once he does, all doors will open, but it takes a bit longer to reach this point. 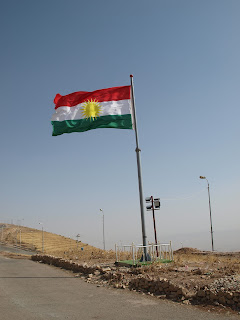 Between people, more or less the same happens. Which means that a Westerner has to invest more time and energy into building a real friendship with a Kurd. That must be one of the reasons why I see many of the new expats in Erbil turning to each other for company. I hear they are disappointed; looking at relationships with their western eyes. They do not know that Kurdish friends you have to deserve.
Where does the difference come from? Does it have a religious background, or only a cultural one? Is there a relation with the distrust injected into the society by Saddam Hussein, when people were spying on each other and giving information to the enemy? Or is it that the Kurds were let down too often by the international community?

Yet trust is what the world gets build on. Positive energy helps to move forward, negative energy leads to demolition. But I am sure the differences between the Kurd and the Westerner can be overcome easily. As long as both try to understand and discuss them.
Posted by Judit Neurink at 8/17/2013 1 comment: 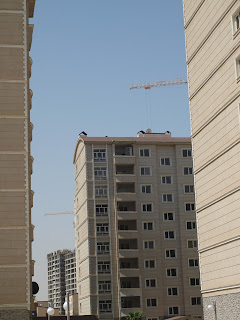 My landlord has just let me know that my rent will go up with almost 25 percent. He is one of those people working very hard to make Erbil one of the most expensive cities on earth. It looks like they are trying to outdo the Japanese capital Tokyo, which is known for its high prices.

I tried to argue with him, saying that all over the world a ten percent rise is considered a maximum. And that in my own country that 3 to 5 percent is normal. And I told him I am really shocked by his move.

He was not willing to drop the price. ‘That is the rent everybody is now charging in the compound’, he claimed. Even when I tried to touch the heart that he should have as a medical doctor, he did not budge.

Rents of over 2500 dollars for a simple apartment are now considered normal in Kurdistan’s capital. It looks like some investors are making their own rules and are getting rich fast. They are plunging Kurdistan into a spiral of inflation - as to be able to pay this, people will demand higher wages and fees.

Part of the reason for the increase is that companies are renting in housing compounds. There is a lack of office space in Erbil, so companies move into apartments and villas. They are used to paying more per square meter than individuals, and the house owners greedily make use of that – at the same time pushing the price of all apartments up.

Yet these compounds were built for families, with gardens, sports facilities and playgrounds for the kids. Companies do not need them, and mostly do not use them. Companies need more electricity, as they will have the AC on in all the rooms, and already in my compound we have problems with the capacity of the generators. 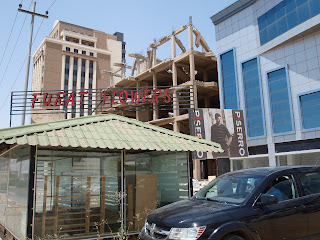 I will have to move, and I am sure other individuals and families will also leave the compound. Yet it was built for people like us. And I expect all these offices eventually will move out when real office space is created, leaving a ruined housing complex.

If the government does not make regulations on the maximum increase of the rent of apartments and houses in private use, then this problem will only get bigger and bigger. Because until enough office space is available, in the next new compound the same will happen.

We need to stimulate the building of office space, so companies can get the space they need and will not push civilians out. And perhaps we should even have special regulations to protect affordable housing from turning into offices.

This blog has been published in Kurdish in the daily Kurdistani Nwe
Posted by Judit Neurink at 8/11/2013 No comments: