Iraqi Christians return after IS amid safety concerns

QARAQOSH/BARTELLA Iraq — “We want our own guards. It is too difficult without them,” said 70-year-old Sarah Kriaqosh Hannah. “Before, they were our sons. Now we do not know who they are.” 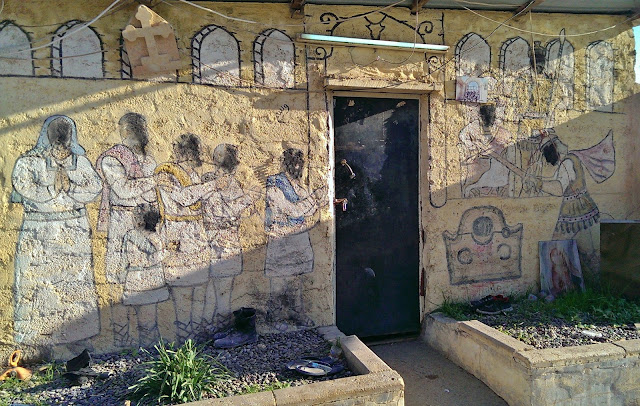 She has walked into the office of Father Yacoub of the Syrian Orthodox Mar Shimoni Church in Bartella. The church next door is still partly burned and damaged a year after the Christian town on Iraq’s Ninevah plains was liberated from the Islamic State (IS). Many houses, too, still bear the scars of two years’ occupation by the radical group, looting and coalition bombs aimed at driving out or killing the IS leadership.

Of the families who fled Bartella in August 2014, only 700 or so have returned. Over 1,000 have remained in the Kurdistan region, where they found refuge. The rest have managed to emigrate and leave Iraq.

The situation in Bartella is bad, Yacoub said, as there is hardly any electricity, no health care, a barely recovering education system and most importantly, no security. The problem is with the Shiite Shabak, a religious and ethnic group that has returned in larger numbers than the Christians. They have their own militia, part of the Iraqi Popular Mobilization Units, whose Shiite volunteers are feared due to the violent, vengeful behavior they displayed in the battle against IS.