Build this nation in the hearts of the Kurds

,,Which do you like better, Erbil or Sulaymaniya'', asks the taxi driver in Kurdish. I sigh, as I am so tired of this question that does not seem have a really good answer. Today I chose the 'I like Amsterdam best' from the list of possible answers not showing preference to one city over the other.

It happens everywhere in Iraqi Kurdistan, that people - and not only taxi drivers even though they seem to have the most hits - ask you to choose between the two main Kurdish cities. In Erbil you are supposed to say you prefer Hawler (its name in Kurdish), just as in Sulaymaniya they expect you to prefer their own city. 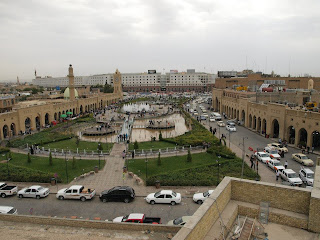 What is the use? Erbil is a village that grew into a city with mundane sides for the many foreigners that settled in the past 3 years but with a conservative and religious nucleus. It lies on a plain, and has the extreme heat in the summer (up to 50 degrees C) and the cold in the winter. The government, the ministries and the parliament are housed here, and it is the capital of the Kurdistan Region of Iraq. It has also become the trading heart of the whole of Iraq, and the place with the most expats.

Sulaymaniya has just been declared the cultural capital of Iraqi Kurdistan - confirming what in fact has been the reality over the past years. Suli or Sulee - the name started to be used by the Americans and taken over more and more by the Slemani's - is a busy university town surrounded by mountains and for that reason always about 5 degrees cooler than Erbil, which has survived the influx of conservative villagers during the Anfal operation and is considered the most open minded of the Kurdish cities.

They both have their own appeal, yet Kurds feel you should prefer one over the other. And that is not because they are interested in the opinion of a foreigner - actually they are not - it is because the reference shows political preference. Those who like Suli are with PUK, those for Hawler with KDP.

Yet are we not supposed to be in the process of nation building in Iraqi Kurdistan? Since 2006 the Kurds have one capital, one parliament, one government. And yet, at the same time, the sense of nationality is that of the towns where people originate from. The pride of the people is for their own city. Not many people travel around a lot - I find that I know more of Iraqi Kurdistan than many of the people around me. And I even have friends in Suli who try very hard not to travel to Erbil. So what they know, is what they like.

This local nationalism even shows in the jokes. Slemani's have jokes about the Hawleri's - often about their stupidity - Hawleri's joke about Slemani women all being in charge and bullying their poor husbands.

This whole thing is getting odder since the KDP and the PUK formed a government together - trying to leave behind the animosities of the past, trying to wipe out the memories of the civil war in the nineties. And yet that is probably why this competition is still so alive: those memories cannot be wiped out just like that. To change Iraqi Kurdistan into one nation, instead of a number of town states, the painful past has to be addressed first. 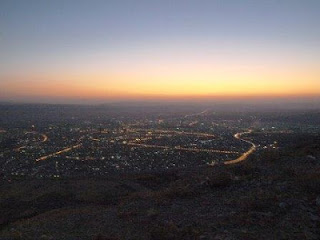 To make the nation work, people have to come to terms with the past that divided them - and still does because the wounds never really healed. What is needed foremost is to discuss what happened, how it happened, and that it will never happen again.That the dead and the missing are dear to both sides. Closure is needed for those families that still have loved ones missing since the war, so the animosity against the party that was responsible can finally start to diminish. People need to feel sure that nobody will again get help from outside against the other, that the common Kurdish identity is always going to be stronger than the political arguments.

Only then, can the building of the nation really start. Because a nation is not only in the land, in the politics, it is also very much in the hearts and the minds of the people.