No marriage without an awareness course

How to have a happy marriage, is the subject of a course of three hours young couples in Iraqi Kurdistan have to attend in order to be able to get their marriage certificate. This brand new course has been organised to fight the growing number of divorces and the violence between husband and wife.
The report is by Saman Penjwini. 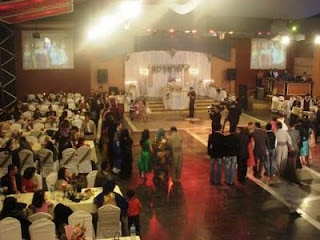 When I was doing my application for getting the marriage certificate I was asked for three things to do before they would issue me with one.
1- Notify the Department of Personal Status
2- Get blood tested for HIV, Hepatitis B and STDs
3- to join an awareness course of three hours on the Social, Health and Legal aspects of marriage.

This was all a bit of hassle for me as I was expecting the first one to be done automatically by the department, the second one is personal responsibility and in the third case: that awareness should be already there.

Yet I was somehow attracted by the idea of this course as I am sure the awareness in my society about almost everything is really low. I had no choice but to do all that, even though each part oft the procedure took me to a long time of queuing and unnecessary waiting.

Even though the course is a brand new aspect in the marriage procedure, I was somehow surprised by the amount of the attention the participants paid to it. It became clear very soon that everything said was new to majority of the participants. Yet I think this information should be taught in schools and by parents. But I was as curious to know more about this course as I guess everyone else was.

It was made up of three parts. First a medical doctor talked about health issues and the biological differences between male and female. In Iraqi Kurdistan this is still a taboo subject. For that reason, talks about periods, sexual behaviour, the hymen and a lot more was really interesting especially to the younger ones.

Honour is a big thing in Middle Eastern communities. So on the wedding night there should be blood on the sheets, otherwise it could mean that the girl is not pure. But in this course it was made clear to everyone that having this hymen doesn’t mean 'pure' and not having it shouldn’t mean 'impure' either as there are ways of having sex to keep the hymen intact, and sometimes the hymen doesn’t necessarily break through having sex, as some poor girls just don’t bleed that night.

The second part was by a social worker explaining different types of violence in marriage, not only against women but both ways. She talked about physical violence, mental violence, cultural violence, religious violence and more. She explained that sometimes simply swearing can be regarded as violence or something that could be done as a joke also can be classed as some type of intimidation or violence. 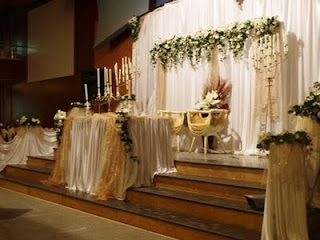 The third part was by a lawyer and was mainly about the legal obligations and duties by law.

Overall the course was interesting yet I think it should be done in a better way and should be better facilitated for a better result. It took place in a small uncomfortable room, and without a good display system.

On completion of this course they stamp your application and you can then proceed with your application at court, and get the marriage certificate. And then it is time for the big party.
Posted by Judit Neurink at 5/17/2011