How to save Basrah

Basrah - it used to be the jewel on the Shatt al Arab. A city with canals and beautiful buildings, where trading brought wealth and well being. Nowadays it is difficult to see the old city behind the grime, the dirt and the rubbish.

When I arrived in Basrah in April 2003, weeks after the coalition forces had captured the city, I was shocked by the state the city was in. Rubbish was piled up high, trees were cut to provide the civilians with wood for their cooking stoves. The hospitals were old and filthy, even though my main story at that time was the enormous amount of children with cancer and deformed births, nothing was done to put up with this demand.

'We were punished twice', the doctors told me. Once by the embargo, that was hitting civilians all over Iraq, and the second time by Saddam who wanted to punish the Shi'ite south for its uprising in 1991. They told me about aid that arrived under the Oil for Food Program, but had been put behind lock and key. Important new equipment was in the stores but they were not allowed to use it. 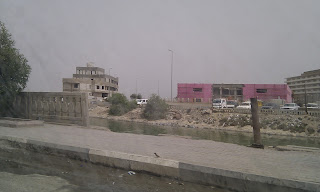 It's been nine years since I visited this Iraqi harbour town. And when I arrived back, I was again shocked. This time because I saw so little improvement. It was even more visible as I was coming from Iraqi Kurdistan, which has changed enormously since 2003.If Basrah has changed, that is hardly noticeable because of the rubbish and the open streets. Everywhere the side walks have been opened for a project that obviously has been started long ago and was never finished. The canals, a very special feature for Basra, are filled with dirt, the railings broken. The special architecture of Basrah is slowly disappearing, as the old buildings are deteriorating without the necessary repairs.

Basrah was a mixed city, where people of the different religions could marry - Christians marrying Muslims, Sunni marrying Shi'ite. That is no longer the case. If two people with different backgrounds want to get married, one of them will have to convert to the partners' faith. 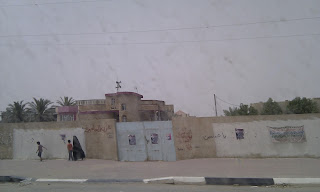 Basra was a city of poets and intellectuals, who mixed with foreigners and traders. Now, Basrah has lost all international and cultural interests. The society is mainly poor, thanks to the influx of many thousands from the villages and towns around, searching for work and a better life. Bringing with them not only a very conservative brand of Shi'ite Islam, but also the life style of the poor and the villagers. Alcohol shops have been forced to close, even though Muslims were the main customers. Cultural festivities have ceased to be organized, only weddings may offer music but the dancing there is of course separated according to sex.

Basra is the city of the Shatt al Arab, the river that was its artery bringing trade and foreign influence, and its Achilles heel as much of the war between Iran and Iraq was fought there. Many half sunken boats still retell the story. Basrah was under attack of bombs and grenades for much of the 1980-1988 war. Now the river is its cesspool, full of dirt, plastic, oil, petrol and all kind of other pollution. 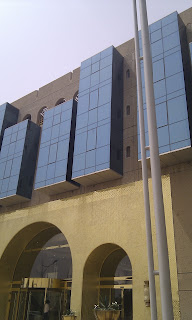 The only real positive change I saw was the rebuilt Sheraton Hotel - although it is no longer allowed to carry the name. When I was in Basrah in 2003, it was looted completely, even the doorhandles and the light switches were taken. It has returned to its old glory.

How to save this city? (Foreign) investors have been invited - they came and many have left again. Disappointed about the possibilities the authorities offer, the general atmosphere, the safety, the corruption, and the prospects of improvement. Many of the more prosperous and more open minded Basrawi's have long left too.

Basrah will have to save itself. People will have to realize what they are missing, and why they want to bring back some of the past. Because in Basrahs past also lies its future. And that will surely take quite a while.

There is no significant inter-marriage between muslims and christians in Iraq, let alone Basrah. But indeed the city had suffered a total eradication of its social-cultural glory. Till the late 70s mainly Kwaiti tourists will storm Basrah each Thursday to have drinks and enjoy music on the banks of Shat Alarab, friday being the weekend they turn back home. Basrah as a port city has always been open to other cultures and served as a crucible where many cultures melt in each other to produce a unique society.