Press freedom is in danger 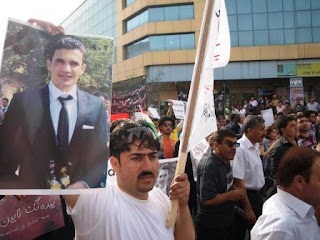 Press freedom in Iraqi Kurdistan is deteriorating, a number of foreign organizations have warned recently. They mention the murder of the young student/journalist Sardasht Osman, still unresolved, but also the growing numbers of incidents against journalists and the increasing number of court cases against Kurdish media.

Press freedom is an essential part of a democracy, as it gives the people both the chance to know what is going on in the country and to let its voice be heard. Press freedom is never absolute; its limits are the laws of a country and the consideration if the news is worth the damage it may cause.

Like democracy, the press in Kurdistan is developing. Mistakes are made. And when they are made, it is normal in a democracy a court is asked to judge and if needed to punish. But in Kurdistan also justice is still developing. That’s why politicians, religious leaders and others have been able to sue media and journalists under civil law (the 1969 penal code), where the Press Law should have been used. And this has lead to court cases that would not have been possible under the Press Law.

Interestingly enough this has softened the differences between independent and other media. Until recently independent media like Awene, Hawlati and Lvin were targeted; each have a number of court cases against them. As has opposition paper Rojnama, which was honored with the highest damages demand ever (of 1 billion dollars). Recently, also editors of semi-independent media (paid by parties but with more room to maneuver than the party media) have found themselves in trouble. 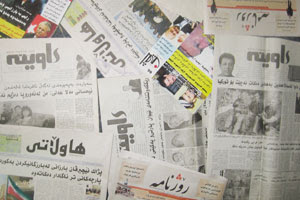 The editor in chief of Haftana Magazine spent hours questioned by police after publishing a very well documented article about corruption, as did his colleague of newspaper Rudaw. The latest in this development is Chawder, that has been sued by the Islamic party KIU for defamation of the Prophet. The writer of this article is a theological scholar and has written books full about the subject (did the Prophet really travel to heaven?). The party also complained about the illustration used, which happens to be some 500 years old.

It is dangerous when religious parties use the courts to get their truths authorized in a multi-religious state like Kurdistan. One of the roles of the media in a democracy is to open up discussions, and to facilitate an exchange of opinions – so the public can make up its own mind what it wants to believe or not believe. Courts should not be used to stifle these discussions, as they play an important role in shaping a democracy.

Dangerous too is the way politicians evade the law they have put in place themselves. The Press Law should be used for complaints about media. For one, because the amounts of damages demanded under the 1969 penal code may cause havoc in the Kurdish media landscape. Some of the amounts are so high, or the addition of different verdicts may be so high, that media are being threatened in their existence.

The variety of media is what makes the Kurdish landscape stand out in the Middle East. Kurdistan does not want to go back to the epoch of ‘his master’s voice’. To become the democracy it needs to be to survive in this region, it needs a blooming and booming media landscape.

Politicians should be aware of that, and instead of threatening media in their livelihood, they should guarantee their existence. They could do that by putting a maximum to the fines that can be imposed on media, by using the Press Law better or by setting up a Media Fund that can help media that have been sued into bankruptcy.