The bicycle is standing outside the door. I find myself looking for the lock. There is none. I know, and yet I am surprised. In Kurdistan you can leave things unlocked, and they will not be stolen. So why put a lock on a bicycle?

I lost a number of bikes in Amsterdam, even though they were tied with a chain to a lamppost. For us it is a second nature never to leave a bike unlocked, because then it will be gone. Who steals bicycles? Not those who need a bike, but usually people who need money, drug addicts for instance, or jobless youth. They sell the bike at the first possible opportunity for up to 100 euro’s. 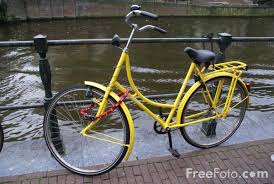 Kurdistan is safe, even for your personal properties. None of my Kurdish friends hesitate leaving laptops and cameras in their cars, and I have started following their example. Do the same in Amsterdam, or most European cities, and your car will be broken into. Leaving you with the damage to the car (a broken window or lock) plus the loss of the goods. So you just do not leave anything in the car. For a long time, we would even remove our car radio to make sure it would not get stolen.

I only know a couple of incidents with stolen goods in Kurdistan. A colleague left an I-phone on the table in a restaurant. It was gone by the time he realized where he left it. I lost some gold earrings in a hotel room in Sulaymaniya. But when I reported the theft, the owner saw reason to sack the cleaning staff, even though my earrings were never recovered.

It is great, to be able to say to guests who worry about theft and criminals when visiting Kurdistan: ,,Ah, that does not happen here!’’ I see people have a hard time believing me. Why not, they ask. Because of the rules of hospitality and feelings of honor, I try to explain. As a foreigner, you are a respected guest and nothing bad should happen to you. And in a society where honor is as important as it is in Kurdistan, nobody wants be caught stealing as it will rub off very badly even on his/her family. 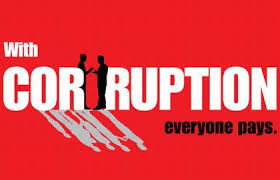 But it works only on the personal level. Because on the professional level, many are taking money that they do not earn in an honest way. It is hard to understand, that on the one hand criminality is almost non-existent, and on the other, it is only growing.

I cannot explain that in any way to my foreign friends. We can only agree that we hope petty crime will not increase with the growing prosperity in Kurdistan, and that perhaps at the same time this prosperity will end the greedy corruption that is causing so much anger in the society, and a bad name for Kurdistan in the outside world too.