,,Your government wants to keep us out. That is the only reason why you are organizing this briefing.'' We are in the final stages of a workshop for journalists in Duhok, about the 'Economics of (illegal) immigration', when one of the participants, who is eager to leave, verbally lashes out. It seems all the information offered during the day is lost on him.

For months, I've been trying with my team to brief journalists about the sometimes dramatic results of illegal immigration. Because even though Iraqi Kurdistan is booming, young people still pay as much as 20.000 dollars to a human smuggler or a Schengen visa to get into Europe. Why? Because many Kurds who emigrated make it seem like the West is the paradise, the place to be. But if you look at realities, it often is far more attractive for young Kurds to stay in their own country. 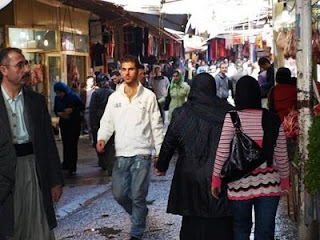 For one, salaries are now as high in Kurdistan as in the West, and the oil money flowing in allows the Iraqi government not to tax those salaries. So for many people the economic situation now is as good here as in the West, or even better. Even the jobs they may find are better, as many Kurds are on the lowest ranks of the job ladder in the West, washing dishes, cleaning, and working on the roads.

The 20.000 dollars spent on a Schengen visa and a smuggler also have to come from somewhere. Families borrow it, and then are left with a big amount of money to repay to lenders demanding a fast return. In the past, it has landed relatively rich families in poverty; as the breadwinner that went to Europe is not allowed to work there while his asylum application is being processed and cannot send money home. And with most asylum seekers from Iraqi Kurdistan now being denied asylum, there is no way the money can be paid back from an income earned in the West.

And the 20.000 dollars will buy you a taxi in Kurdistan, which is a very good source of income in a country  without public transport. The money would help towards the building of a house, as most people want to own their home. It can be used in many positive ways to improve the life of an entire  family, while when it is used to get to Europe the chances are huge that it is lost because the person is send back.

Those that do find ways to stay - which is getting more and more difficult and often means an illegal stay - have to do work they would never want to do in their own country. Do they realize this when they set off? Probably not, as the Kurds they know have told them they had no problem in finding a management job - when in reality they are washing dishes. It seems a waste of time for those that are talented.

At the same time, the loss of young, educated Kurds going to the West also means a brain drain for Iraqi Kurdistan. Why educate the youth if they leave and use the knowledge elsewhere? It is a loss of money and energy. But what does the government do to keep her talented youth in the country? Is there a policy?

The project to help young Kurdish graduates to conduct a masters study in the West therefore is a good start. In that way, young people get the chance to see the realities over there, and at the same time gather knowledge that is useful for their future and that of their country.

I think that one of the reasons why young people keep sneaking to the West, is the fact that the gates are closed. It is very hard to get a visa, which makes it even more attractive - like everything that is forbidden. If they would be able to travel to Europe for a holiday, take a good look and come back again, I am pretty sure the human trafickers would soon be out of work here.

But this is a circle: because young people try to sneak in, the European governments make the visa regulations as tight as possible, and because of the closed doors people do sneak in... 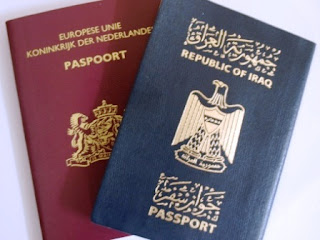 Young Kurds also want to travel the world, just like I have done with my Dutch passport and many others in Europe with me. They want to see all those places they know from TV. They want that so much, that they will get themselves smuggled in, go through a horrible procedure and wait for years in a bad situation until they get the passport that makes it possible to travel the world. And then they return to their home country - I see them return, one after the other, and especially now the recession has made the situation even more difficult in Europe. But when they return, they have the passport that opens the doors of the world for them, so they can leave again, if the situation in Iraq changes again.

When you talk to young Kurds about the reasons behind their urge to leave, they often mention the strong social control in Kurdistan. It is partly about sex and the possibility to have it outside marriage, but not only. It is also about the way family members are in charge of each other's lives, preventing people from doing what they want or pressuring them into doing something they do not want - like a marriage to a person they hardly know.

So as far as I can see, there are a few things that can stimulate young Iraqi's to not come to Europe. Information about the hardships and the results for their families left behind, is one. Master studies in Europe, is two. And easier visa regulations that allow them to travel the world, is a very important third one.

Perhaps the angry journalist in that briefing in Duhok was partly right. Our governments do want to keep the Kurds out - as asylum seekers and economical refugees. But if they just want to take a look, and return after that without wanting to make use of the social system in Europe (the main worry of many, not only right wing voters in Europe), they are welcome. Come and see - but don't stay. And if you do want to stay, don't come.
Posted by Judit Neurink at 11/03/2012