Do not crack the mirror! 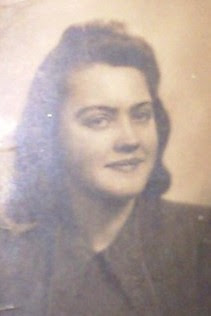 My mother was a wise woman. One of the rules that she taught us children was this one: ‘If you do not like the way people are treating you, then don’t do the same to others’. In the past weeks I have often thought of her wisdom, when I looked at some of the stories of my Kurdish colleagues.

I would have liked to ask them if they like to be treated the way they are treating some of the personalities they are reporting about. I am quite sure the answer would be ‘no’. And yet many Kurdish colleagues still write stories based on one source, often even an anonymous source. A source that tells them something they like and they write it down without checking.

This is not journalism, as it breaks of the most important rules in the codes of ethics for journalists. Let me remind you of the first three points in the Code of Conduct by the IFJ, the International Federation of Journalists.

- In pursuance of this duty, the journalist shall at all times defend the principles of freedom in the honest collection and publication of news, and of the right to fair comment and criticism.

And look also at this one:

The journalist shall regard as grave professional offenses the following: plagiarism; malicious misinterpretation; calumny; libel; slander; unfounded accusations; acceptance of a bribe in any form in consideration of either publication or suppression.

Regarding all this, a journalist can almost never report on the information that he/she got from only one source. ‘Facts’, the code says. The chance that the source is using him/her is too serious. The chance that what he/she is reporting is slander, becomes enormous.

The first two points on the Code of Ethics of Al Jazeera are even more outspoken.

1. Adhere to the journalistic values of honesty, courage, fairness, balance, independence, credibility and diversity, giving no priority to commercial or political over professional consideration.

2. Endeavour to get to the truth and declare it in our dispatches, programmes and news bulletins unequivocally in a manner which leaves no doubt about its validity and accuracy. 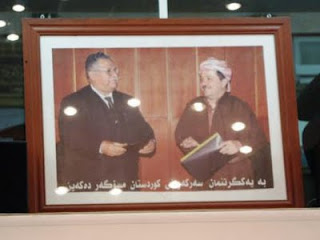 A lot has been said in the past weeks about a story published in one of the Kurdish magazines, Lveen, which, based on one anonymous source, reported that the top of the two main governing parties were involved in a murder plot against opposition politicians. Both heads of the parties went to court because of the story, as would any other politician in any western country have done.

If a story like that was published in my home country Holland, the outcry would be enormous. Who said so, we will want to know, and has it been checked in any way? If not, be sure the court will punish the magazine that wrote it for slander and defamation of the good name of the persons involved.

I was worried when I saw report of Human Rights Watch and Reporters sans Frontieres about the subject, protesting that the Kurdish government is ‘trying to silence Lveen’ by fining it so heavily that it will collapse. In part I agree with the protest – as judges should be using the Press Law, which has been agreed to by the Kurdistan Parliament and the Kurdish President. Like the international organizations, I worry about the way civil law is used that makes it possible to demand large fines. This makes it look indeed as if the government wants to stop a magazine by sending it into bankruptcy. Why have a press law if it does not get used?

I think that Lveen would have been taken to court for a story like this in any other country. When you say that someone committed murder, without coming up with information in a manner which leaves no doubt about its validity and accuracy (Al Jazeera code), you are printing slander. And you might just damage the person you are writing about.

I remember a British guy I met a couple of years ago. He was victim of a story published about him in the British tabloid The Sun. One source, no reaction asked – it happens in tabloid press in the West. The story ruined his life, even though the courts punished The Sun. Do we journalists want this as a result?

How would the Lveen editors like it when their colleagues write about them in this way? Would they accept it as quality journalism? I happen to know Lveen has a Code of Conduct on its wall – so how could they publish a story like this?

The problem with the protests of HRW and RSF – as I also told them myself – is that it might give Kurdish journalists the wrong impression: that it is OK to write stories based on one unnamed source only. That press freedom is total and journalists are under and above the law. If journalists believe this, it would be very bad for the future of journalism in Kurdistan, and for the Kurdish society.

Because the press should be the mirror of what happens in the society. We should show what is happening, to the people, to politicians, so that both can function well inside the democracy. We, journalists, are not part of the political system, we watch, report, and criticize, we hold accountable. By publishing facts, by checking information, by avoiding slander.

If Kurdish journalists follow the example mentioned, the mirror of the press will be too cracked to be of any use.

Since the demonstrations of February, March and April, the tension between press and politicians has increased dramatically. Stories like the one mentioned, do not help to make a workable relation. Politics need media, media need politics. We should work together, not slander each other. 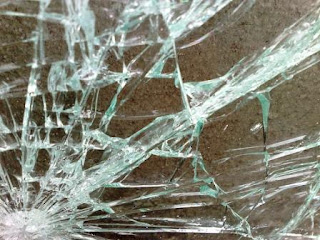 Do not tell me that I am too Dutch to understand what is happening. Do not tell me that we are killing ‘the Kurdish journalism’. Kurdistan is part of the world. In the world, rules have been made. Not only about freedom and freedom of speech, but also about our limits when working as journalists. That is why codes of conduct have been made (and the IFJ code is already 60 years old). Let’s work with them. That is the only way to move forward, and to keep the cracks and clouds out of the mirror.

This article was published in the Kurdish newspapers Awene and Aso.