Summer in the city


Summer in Iraq is, that when you open the cold tap, warm water comes out. It is like living inside a huge hair dryer, as a friend described it. Power shortage, and lots of sweating, said another. A friend who really suffered spoke of a ‘prep class for hell’


“AC on and it becomes too cold. Turn off AC, wait 30 seconds and turn it back on for 1 minute, then off again. Luxury problems are not unknown in this country,” yet another friend who recently settled in the Kurdistan Region told her Facebook friends. Which reminds me of the fights I witnessed in offices and homes for the remote control, in order to turn the temperature down to 18 degrees Celsius – or back up to something more comfortable. 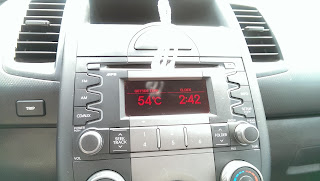 The heat in Iraq and Kurdistan this year has reached new heights, with 58 degrees in Basra, and even the Kurdistan capital Erbil sweltering at times in 50 degrees. As parts of Iraq suffer from lack of services, the problems were huge; I really wonder how people survive that heat without any cooling, and expect those who own deep, cool cellars under their houses must feel privileged.

No wonder Iraqi people took to the streets, to demand that finally, over 12 years after the damage done by the American invasion the electricity situation is improved.

In Iraqi Kurdistan, even the relatively good government electricity suffers from the heat, and even more from the habit of many people to turn on all the cooling equipment they have at the same time and leave it on when they leave the house. As a result the grid gets overloaded many times a day.

In compounds, generators kick in, but elsewhere the neighborhood generators do not fill the time gap completely, leaving long hours of heat without any electricity. And even if they run, the generators do not offer enough amps to turn on the AC, so people have to resort to ventilators or water-coolers.

Badly hit are the around two million refugees and IDP’s in Iraq, many of whom live in tents. They have been given ventilators, working on batteries, and sometimes even water-coolers. But many cannot use the coolers, as they use at least a 100 liters of water a day.

As in the camps people are mostly dependent on water tankers that drive in daily to fill their individual tanks, many do not have enough water to spare to run a water-cooler. The heat leads to major health problems, partly because there is no cool place to store food safely.

Like most summers, the region is also hit by a lack of water, with some residential areas being served only a couple of times a week to fill the aluminum tanks on the roofs.

Water has become precious, even though the Kurdistan region is sitting on underground lakes and usually enjoys plentiful rainfall in the winter. But bad management, leaks and lack of planning every summer lead to problems, which are worsened by the habits of civilians. The water consumption in Iraq is many times higher than elsewhere.

Even though water is scarce, some habits are hard to beat. Showering with a lot of water, keeping the tap running when brushing your teeth, throwing away half full bottles of drinking water - and I still see people wasting water on cleaning the street with a hose.

This street cleaning has become a national game, played both by men and women, of chasing sand and particles with the water from a hose – at the same time keeping an eye on the neighbors and the movement in the street. I guess for many women it is a relieve from the chores inside the house.

When I make an issue of this water being wasted, people tell me they need to wet the dust that comes down with the summer heat - complaining about the government that neglects to do this. 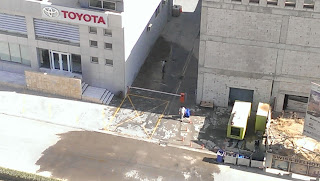 Indeed, before 1991 the Iraqi government would use cleaning trucks for the streets, spraying them at the same time. Those trucks have disappeared in present day Kurdistan, with only some sweepers to clean away the rubbish.

In some Kurdish cities the local government has prohibited the washing of cars and streets, and anyone who is caught gets fined. I think it’s badly needed that this ruling is introduced nationally, both in Kurdistan and Iraq.

To make the game with the hose obsolete, the government needs to bring back the cleaning trucks and start using them regularly. But that will only solve part of the problems that hit us every year when the summer comes to the city.

What is needed first and foremost is that both government and people learn the value of water. Then civilians, both grown-ups and children, should be educated to stop wasting it. And let’s we start now, whilst the heat is still on.